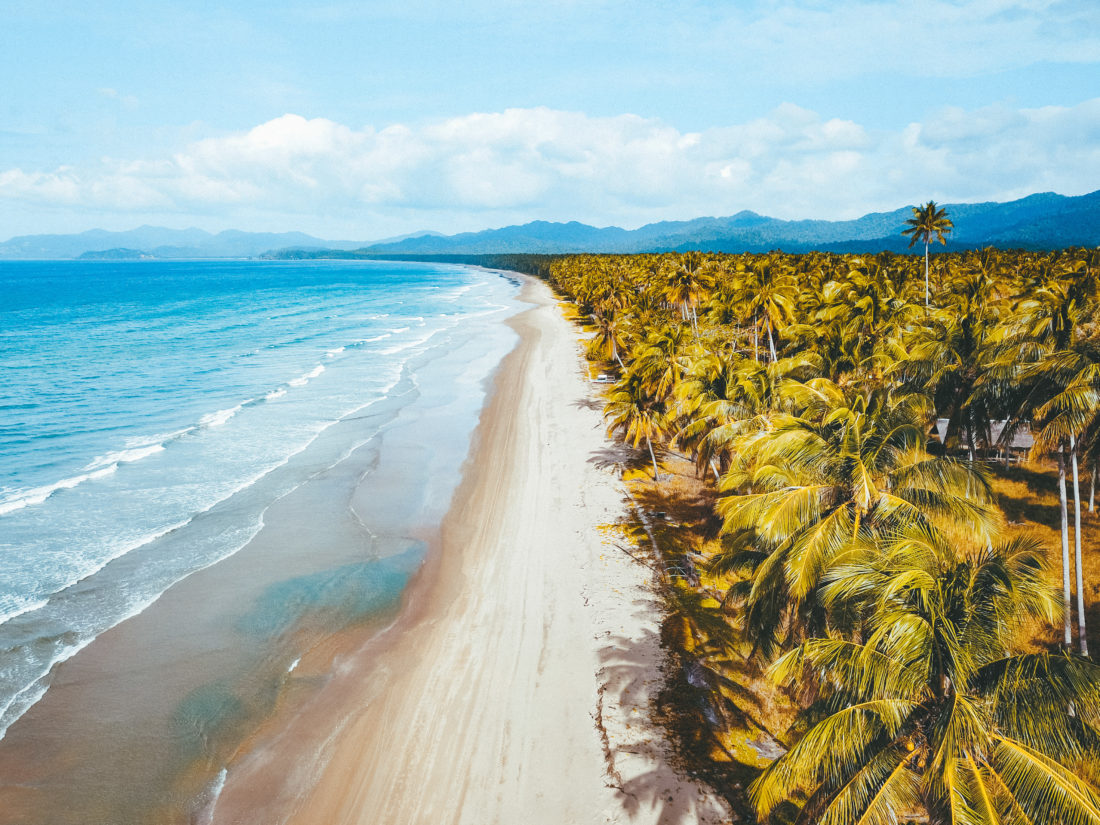 San Vicente: Home of the Longest White Beach in the Philippines

San Vicente is located in north-western Palawan and it is no doubt becoming a popular tourist destination in the Philippines! The location still showcases a relaxing appeal for the visitors despite it being a famous destination. You will see picturesque beaches like the Long Beach, which comprises 3 beaches.

The San Vicente white beach is one of the municipalities situated between El Nido and Puerto Princesa City, which is often overlooked as most tourists are in favor of El Nido considering that it is more advertised globally. According to the tourism office, the municipality of San Vicente (including Brgy. Port Barton) only had 8,500 visitors in 2012, half of which were from Europe. That’s a tiny fraction compared to El Nido or Boracay, but that is about to change! The newly constructed airport will pave the way to more than 100,000 tourists that the government is anticipating next year.

There are two settlements in the municipality which are the Poblacion area and Port Barton. The Poblacion area is on one end of the Long Beach, which spans the coast of the following barangays: New Agutaya, San Isidro, and Alimangoan. If you want to explore Long Beach, this guide is for you!

Port Barton, on the other hand, is often mistaken as a separate town but in fact, it is just a barangay within San Vicente, but this port is 2 hours away from the Poblacion by land. I think the confusion comes from the fact that locals say “San Vicente,” and it usually refers to the town proper near Long Beach. It stretches a coastline of small beaches but also a dozen of islands which are spread out of the Port Barton Bay.

How to get there

To take the bus, you need to get to San Jose Terminal first. At the airport, walk to the gate of the airport and there you will see the tricycle terminal – hire a driver and ask to be taken to San Jose Terminal. Fare is P120 per ride. Split the cost if you’re a group. Alternatively, you can take a trike+jeepney combo which is way cheaper! But if you have heavy bags with you, just go straight to the San Jose Terminal.

At San Jose Terminal, board the bus bound for San Vicente. There are two trips daily: one set to leave the terminal at 6:00 AM and the other at 1:00 PM. Make sure you board the right bus.

The faster option! The van can take you to San Vicente in only 4 hours!

The main attraction on this side of San Vicente is Long Beach, a 14.7-km stretch of sand which is regarded as the “longest white beach in the Philippines” by local tourism officials. However, I would like to manage your expectations before anything else. The sand is not that white and it is more like light brown. It is also not a long beach as they because there are rocky cliffs which stand as partitions into the sea.

Long Beach is best explored by motorcycle (habal-habal), which can accommodate up to two passengers at once including the rider. The fares vary depending on which part of the beach you want to visit: from Poblacion to P25 (New Agutaya) to P100 (Alimanguan).

Good news for solo backpackers! You can arrange a motorcycle tour and go beach hopping for half a day! The rates are P350 if you’re alone. If you’re a couple, it would be P250/person.

Bato ni Ningning got its name from the ABS-CBN TV show “Ningning”.  Even long before the TV series, this place is already a known tourist spot in San Vicente for viewing the sunset, Erawan Beach, and Irawan Beach. The local tourism office invested in a viewing deck that is like a hut so tourists can rest or hide from the sun and rain. They collect a minimal fee for the maintenance of this attraction.

It offers a 360 degree view of its surroundings – you can see Irawan Beach, the rice fields, and the neighboring mountains.

A trip to San Vicente, Palawan would not be complete without doing the island hopping tour in Port Barton. This is considered to be one of the popular things to do in San Vicente.  There are more or less 22 islands in Port Barton and you can visit some of them during your trip! Here’s the list:

It is a must to do snorkeling at the Twin Reef when you’re island hopping in Port Barton! I saw huge, beautiful corals and various fishes. The spot is somewhere in the sea of Port Barton and you don’t have to take a deep dive to see its beauty! Be extra careful while snorkeling and avoid stepping or touching the corals.

You can also spot “pawikans” or sea turtles while swimming in one of the islands in Port Barton if you are fortunate enough. San Vicente really takes good care of the beaches because tourists would have the opportunity to see sea creatures like the green sea turtle and hawksbill. A turtle sanctuary is located near the Turtle Island and it is said that the nesting period lasts from October to March.

It’s exciting to know that there is a lot to see in San Vicente including the Pamuayan Falls, which tourists can trek. This is undeniably one of the best attractions in Port Barton.  It is pretty easy to hike from Pamuayan Beach and I think it is a nice place to chill after a tiresome island hopping tour.