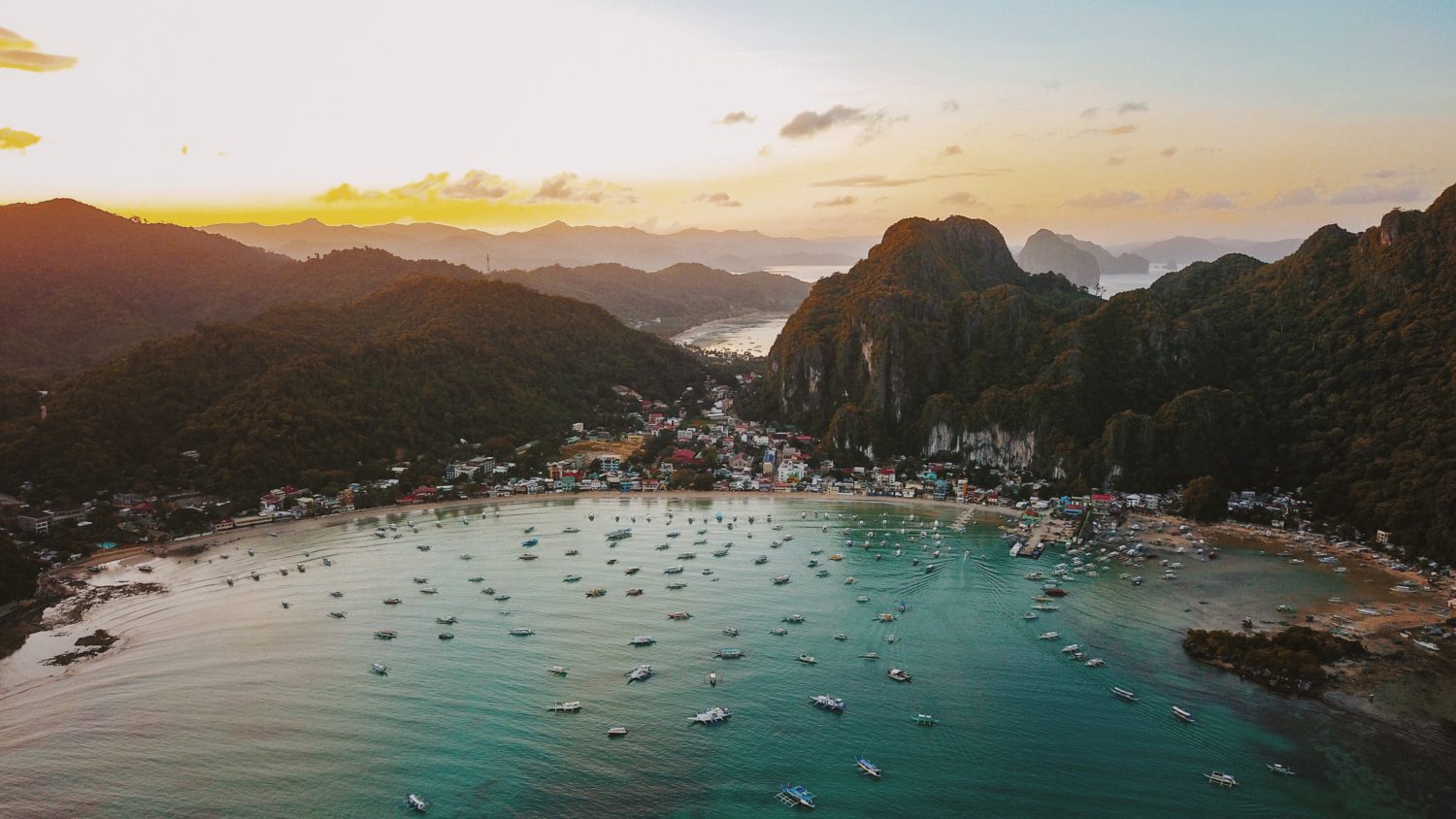 The Last Frontier, that bested all other islands on multiple occasions, is our very own El Nido; located at the tip of Palawan, well away from the hustle and bustle of everyday life. It’s not the quaint town that attracts tourists from all over the world, but the spectacular natural wonders that will leave you in awe. A treasure trove that only Mother Nature can provide, with its dramatic rock formations, breathtaking beaches, and untainted waters, it deserves the top spot on your bucket list.

So how exactly do you get to this unspoiled paradise? Up until a couple of years ago, traveling to El Nido was its own adventure; 8-hour bus rides, limited schedules, and literal bumpy roads to endure. But with the continuous improvement of roads and means of transportation, travelers could at least catch some shuteye on the way.

The fastest way to El Nido, and thus the most expensive, would be a plane ride from Manila directly to El Nido via Air Swift; tickets typically cost around PHP 5,000.00 to PHP 9,000.00. A more affordable option is booking a flight from Manila to Puerto Princesa and traveling by land to El Nido; the cost of the ticket is P1,500.00 to P2,500.00 depending on the season and availability.

Vans are readily available from Puerto Princesa Airport to El Nido terminal and they take around five to six hours; the price is P600.00 to P700.00 per seat.

Tourists from Manila could reach El Nido by sea via 2Go Travels. The route begins from Manila to Coron and another ferry ride from Coron to El Nido via Montenegro Fastcraft; take note that the ferry ride will take four (4) hours and it only runs once a day at noon.

Among the many charms of El Nido is the picturesque view displayed in thousands of websites, blogs, postcards, and magazines. Travelers will enjoy a firsthand panoramic view of Bacuit Bay by climbing Mount Taraw on El Nido’s Canopy Walk; reaching the peak has its reward in the form of blue-green waters, sprinkled with outrigger boats alongside cliffs blanketed by greens and wildlife, a sight like no other. For those who aren’t all that experienced with hiking or mountaineering, don’t fret because even the beginner among beginners can safely conquer the climb.

El Nido’s Canopy Walk is easily found on the southern edge of town. Embarking on the steep climb may encourage some sweat but after a minute or two, metal platforms should be in sight; these platforms are a lot easier to conquer. The canopy walk’s main feature is the hanging bridge spanning over seventy-five feet and suspended thirty meters above crevices. Because of the bridge’s structure, even the smallest movements are felt, forcing you to grip for the nearest handrail but rest assured that it is completely safe. The climb is a good twenty minutes but all that sweating and gripping are worth the view.

El Nido presents a ton of fun activities but no visit is complete without the island hopping experience. The highly preferred island tours are Tour A and Tour C where both highlights stunning lagoons, vibrant dive sites, and a spectacular shrine.

RR Travel and Tours can accommodate anywhere from 16 to 30 people on their outrigger boats; perfect for an outing with friends, family adventures and even the annual getaways sponsored by your boss.

What to Keep in Mind

El Nido is undeniably a top tourist destination and so is Boracay, the top holiday island in Asia, and because of the recent closure and rehabilitation of the latter, it’s no surprise that El Nido would follow suit. No, they won’t close El Nido, but they will close establishments with violations. As of now, officials found numerous violations on 22 establishments and were consequently shut down. Officials have acknowledged El Nido’s international fame and the unwanted effects that come with it; they have dubbed it as ‘overcrowded’ and also noticed the overwhelming number of boats and kayaks that unfortunately resulted in pollution.

Before any long-lasting damage can be sustained, local officials have implemented preventive measures like the banning of plastic bottles and other single-use plastics. Though the no-plastic ordinance was passed last December 8, strong reinforcement began on September 1 of the current year. Officials recommend that tourists bring water containers and portable jugs instead; there are low chances of these being discarded anywhere and everywhere compared to single-use plastic. To back up the ordinance, all establishments will cease selling bottled water alongside other drinks in plastic containers.

As a Palaweño, I encourage you to be mindful of the environment during your visit. Leave no traces and carry the fond memories home, until the next adventure.